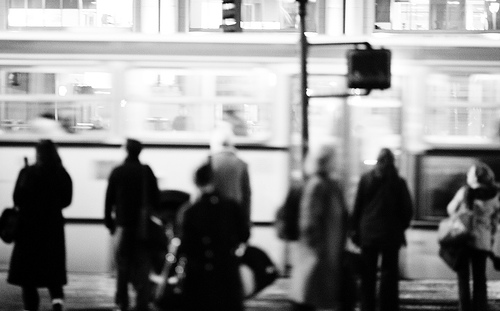 Harlan Cleveland (1918-2008) had more insight decades ago into how to work in the distributed social world than most leaders have today. In this early draft of a chapter we wrote together for Creating a Learning Culture (Cambridge, 2004), he answered a key question.

If all organizations are—slowly or rapidly—becoming [uncentralized] systems, how will anything get done? How will we get everybody in on the act and still get some action?

We will do it, I think, by minimizing, and clearly defining, what everybody must agree on—common norms and standards—and in all other matters maximizing each participant’s opportunity and incentive to use his or her common sense, imagination, and persuasive skills to advance the organization’s common purpose. This requires learning all the time.

It also requires, of course, that those who are going to pursue an organization’s purpose together be openly consulted not only about how they will pursue it but also about the purpose itself. Wisdom about uncentralized systems thus starts with a simple observation: most of what each of us does from day to day does not happen because someone told us to do it but because we know it needs to be done.

When you walk along a city street, you don’t collide with other pedestrians; you, and they, instinctively avoid bumping into each other. To generalize: any human system that works is working because nearly all of the people involved in it cooperate to make sure it works.

Political scientist Charles Lindblom called this “mutual adjustment”: in a generally understood environment of moral rules, norms, conventions, and mores, very large numbers of people can watch each other, then modify their own behavior just enough to accommodate the differing purposes of others, but not so much that the mutual adjusters lose sight of where they themselves want to go.

Imagine a large clump of people on either side of a busy downtown intersection, waiting for the traffic light to change before crossing the street. There is macro discipline here. The convention of the red light means the same thing—stop—to all the participants in this complexity, even though there is no physical barrier to violating the norm. Then the light turns green. It would be theoretically possible, with the help of a sizable staff of computer analysts, to chart in a central micro plan the passageway for each pedestrian to enable him or her to get to the other sidewalk without colliding with any other pedestrian. But not even the most totalitarian systems have tried to plan in such detail.

What works is mutual adjustment: somehow those two knots of people march toward each other, and there are no collisions. Each person adjusts to the others, yet all reach their objective—a positive-sum game if there ever was one.

What enables mutual adjustment to work is the wide availability of opportunities to learn from relevant information—so each mutual adjuster can figure out what others might do under varied conditions and give forth useful signals about his or her own behavior.

Perhaps the best current example of mutual adjustment at work is the Internet—at least on a good day. People all over the world are exchanging information, images, music, and voice messages, with so little regulation that their “commerce” is often noncommercial—in effect, a multilateral barter system. Most of their transactions are not essentially exchanges but sharing arrangements. Where there are rules of behavior, they are increasingly arrived at by consensus among the participants, or at least ratified in action by those who will be guided by them.

Nearly all those who need to abide by the rules are self-motivated to comply because the rules make sense to them.

It’s a path that may become universally valid for organized human effort, however complex. Once upon a time, it seems to have required centuries and even millennia for human societies to find their way along a path without precedent. But everything else is speeded up these days. Maybe, once we can trace the path, our capacity to build uncentralized organizations will also be greatly accelerated—if we keep learning.

The motivation of men and women in organizations to keep learning—and their willingness to try what’s never been done before—will be the priceless ingredient of progress in the uncentralized systems of the twenty-first century.

Leader must therefore be reflective, not just by training but also by temperament. The leader who isn’t learning all the time, personally plowing through the analysis and trying to figure out what it means, is not making decisions but merely presiding while others decide.

The obligation to think hard, fast, and free is the one executive function that can neither be avoided nor delegated to others. Your personality, your winning smile, or your attractive voice may seem persuasive leadership assets. But it’s by thinking and imagining that you can decide where you want to go, and persuade others to come along: to adjust along with you.

Statesman and futurist Harlan Cleveland served as a Marshall Plan executive, university president, Rhodes Scholar, assistant secretary of state, author of many books including Nobody in Charge: Essays on the Future of Leadership, and U.S. ambassador to NATO. I had the amazing opportunity to work with him as we wrote the opening chapter for Creating a Learning Culture, which is the source of this text.