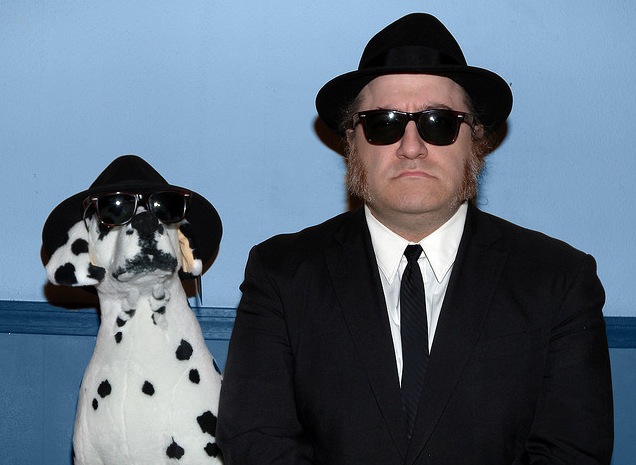 A local government in Virginia had the same leadership development and talent challenges as any large organization. They faced knowledge gaps, communication breakdowns, lack of succession planning, job burnout, too few qualified applicants and had an interest in keeping HR lean. Then the County Administrator, a county’s CEO, tried something radical. He removed policies making it difficult to change jobs and he actively encouraged employees to seek change.

A groundskeeper went to work in accounting. The purchasing director took a turn as budget manager during the peak budget season. The senior planner, who usually had the last word on other people’s projects, navigated a major renovation project through the very same system. What started as a part-time, short-term internship program evolved into a full range of real-time learning experiences giving people already in the door solid opportunity to discover their best work.

An endless combination of special projects, committee assignments, internships, job shadows and stair-step swaps provides people variety and broadens their professional experience. From these exchanges people gain insight larger than any single job offers. Upon return, they inevitably interject fresh views into their existing departments. Some people also find better jobs, giving someone else a chance to grow into the job they had.

These assignments don’t just happen in the trenches. They occur in every department. Assignments are often geared to strengthen the county’s leadership team, involve managing multimillion dollar capital improvement or construction projects, working with public officials, and serving on regional boards. The County Administrator strongly encourages rising leaders and their seconds to move around, learn, and stretch. Posts that cross departments usually get his personal attention as he helps determine placement and key project assignments.

Seventy percent of senior leaders have participated so far, and of the remaining 30 percent their seconds have participated. Assignments and cross-posts last six months and usually emerge during key cycles, during the busiest part of the year: October through April, when everyone is working on budgeting and people are guaranteed to learn (and help) the most.

How Does the Program Work?
From the moment you join the organization, you’re encouraged to grow and develop. At new employee orientation, the County Administrator tells you the new employee that you have two responsibilities: to do your job and to develop to your fullest potential.

The county offers training sessions and resources such as a workshop called “Promoting Yourself” which includes mock interviews conducted by hiring supervisors. The practice bolsters confidence and regularly results in well-deserved promotions.

When there is a vacancy or an employee is on extended leave, the first question asked is “Is this a learning and developmental opportunity for one of our employees?”

Intra-department exchanges don’t require any outside assistance and now, managers know they have authority to make local changes as they see fit.

There is a proactive element from the county, too. Natural leaders are often busy doing their jobs, sometimes the last ones to think, “Perhaps I need a change.” As part of human resource planning, when a big project or critical job opens up, the people in HR get nosy. They go to managers and say, “Hmmm would this be a good opportunity to offer a special assignment or to stretch someone’s skills?”

The program has been formally going on for five years, and by all measures it’s a great success. Participants rate the experience as positive by every measure.

How Long Do Exchanges Last? What About Pay?
Most exchanges are full-time and last six months. Employees don’t get a pay change unless they’re in the new role for more than six months (and then only the extension-pay adjusts). This is a development opportunity, but they also don’t want to take advantage of the situation or give the impression that participation in the job swap ensures a permanent move to the new role. It’s an exception for an assignment to go more than six months.

Who Does the Job Back Home?
Sometimes people who take on assignments don’t have their current job backfilled. Other times someone else from the organization moves up (or over). For instance, in the Water and Sewer department, a manager took on a key assignment and two engineers from the department took over his key duties. The county offers to pay for a temp to fill in for the least skilled position vacated by a stair-step change, although so far no one has taken the offer.

In HR, after two employees stair stepped into new roles within the departments, someone from a less busy department moved over to fill some clerical duties and sharpen her computer skills. She also learned about the hiring process. When she went back she streamlined the hiring process in her existing parks and recreation departments’ after school programs.

Do All Assignments Lead to Promotions?
About 30 percent of exchanges have led to promotions or permanent changes within the organization and about 10 percent have left their department for other opportunities. Most returned to their previous positions, in part, because of the limited number of executive vacancies. A change in position doesn’t always turn out as a person might expect: it might just be to help someone see their ideal job isn’t a good fit.

Logistics also play a big factor. With only eight executive positions, promotions at the top can be frustrating. The county hasn’t seen anyone get exasperated and leave, though. People still feel engaged and they can get big assignments. If not a new title, they gain confidence in themselves. What more can you ask for than employee engagement and retaining the best?

There are other benefits, too.

Walk a Mile, Gain Perspective
Rarely does everyone appreciate the work done by those around them, not even those they work with closely. Swapping jobs with someone else gives people day-in day-out experience with another angle. This new perspective helps people fundamentally adjust their usual work to accommodate the larger view.

Take for instance an exchange in the police department. Before this program began, a uniformed officer discovered a crime and then turned it over to a police investigator. Acting independently, even in a single department, hampered investigations. Instead of creating laborious procedures not guaranteed to work, the police chiefs of the two divisions swapped their positions for a year.

By walking and driving miles in another’s shoes, crime investigating improved tenfold. Officers saw gaps in their working knowledge and surfaced unanticipated assumptions that had limited their capacity to learn. From the exchanges, everyone reported they saw their roles in new ways and were more effective at stopping crime.

Float It Elsewhere
What happens in your organization when employees can’t find their groove? Maybe they won’t fit anywhere. More likely, their assets just don’t match job. Other open positions might allow them to soar.

Take the case of the custodian deemed to be doing a crappy job. In his evaluation, it was also noted he was great at talking with people. The department and HR discussed options to probation. His supervisor was thrilled to have a chance to, even temporarily, backfill his job with someone else and the custodian welcomed the chance to prove he was a good fit in another department. After six months he was moved permanently into social services where he began training to become a case-aide. Now he’s a successful, happy, and helpful social worker. All this from doing a poor job.

Dig for Talent
Employees who hold low-level positions can find themselves bored, and a bored employee is more likely to under-perform, or even look for new work. A job swap can breathe new life into a person’s work day. Consider closing critical positions with people in other departments whose jobs wouldn’t be as tricky to backfill.

During a crucial budgeting season, the county couldn’t fill accounting jobs fast enough. The supervisor listed the foundation skills needed for the position and the HR team went to work seeing if they could find people in-house. Within a week, they found two qualified people voicing interest in an exchange. One was in grounds maintenance and the other was running after-school programs. Each was brought in for six months. One liked the new role and eventually took it full-time. The other hated the job, realizing he never wanted to work in accounting again. However, the people he worked with were impressed with his initiative to step outside his previous role and it eventually lead to a new job better suited for him.

If for No Other Reason
Sometimes life events cause great employees to ask, “What else could I do?” Injury, illness, a move, needing to be home more with family, or any number of personal changes mean someone can no longer fulfill his or her job. The county is committed to their employees — after all, they are also their county citizens, and they have found the exchange program approach helps meet everyone’s needs. It’s now part of their culture, it’s how they work. They haven’t seen any decrease in productivity and they have seen a huge increase in retention rates.

Extensive surveys with departments and people involved in the exchange program show it far exceeds people’s expectations. No one seems to mind small disruptions in productivity when everyone has a chance to learn and grow. More than 90 percent rated the experience as positive also citing a strong interest in continuing to work for an employer committed to providing transformative opportunities.

Perhaps nothing illustrates the success of the program better though, than the experience of the County Administrator who was out of town during a Category I hurricane. Rather than return home immediately, he stayed put. He knew there was a cadre of people who could step in to fill his responsibilities and then people to fill theirs. They weren’t just acting like they knew what to do: they knew what to do because they’d done it before.

This post was originally on my Fast Company column.

Marcia Conner consults with the world’s largest organizations on getting better at getting better. She recently published The New Social Learning: A Guide to Transforming Organizations Through Social Media and is currently working on her next book which will be about ingenuity. Follow her at twitter.com/marciamarcia to get a sense of what she’s learning with people in all sorts of jobs.

May I Borrow Your Job?
Tagged on: development    HR    jobswap    virginia