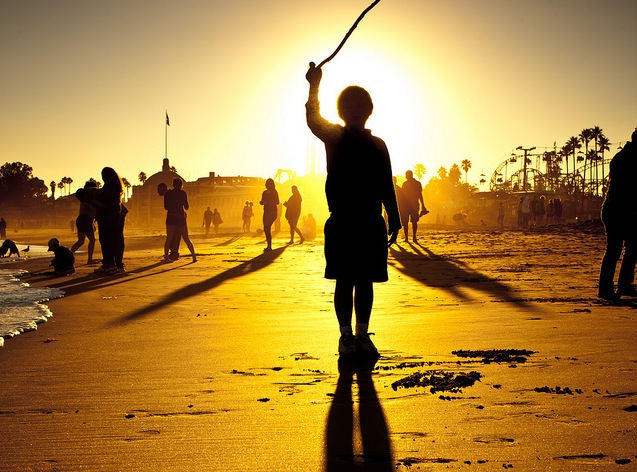 “How many of you were told when you were young that you could grow up to be anything you set your mind on?”

A professor-friend recently opened his graduate management course with this question. Fewer than half the people in the room raised a hand.

I’ve begun asking this of everyone I meet, trying to get a sense if there’s a relationship between the mental paths paved during childhood and each person’s natural self-leadership to reach beyond obvious walls.

Similar to the class numbers, about half the people I speak with shake their head in wonderment, citing examples of a parent who regularly alluded to or directly told them opportunities were far and few.

One colleague said his parents regularly told him his options and potential were limitless, but also only set the bar knee high. They would say things like, “Your dream sounds neat but who would want to spend their whole life working that hard?” Pronouncements alone fall flat.

In my family, by contrast, my father took this question to another height, even using it as a game on long car trips. He’d ask me, “What couldn’t you do?” He did this to help me build pathways to envision I could do almost anything. Then we’d talk through the steps it might take to reach high.

One of my most creative moments came on a day when I was about ten. I said, “I couldn’t walk through the sun unassisted.” I recall brief chatter about inventing a protective suit but for the most part it ended our conversation — at least that day.

So what are you asking your children? What mental roadblocks are you helping your employees dismantle? What limits to your freedom are like mirages that once you close in on are simply reflections of something else?

Although I haven’t always succeeded, I feel accomplished… and the flops taught me so much I appreciate them, too. Walking through the sun, however, still eludes me.

This post was originally on my Fast Company column.

Marcia Conner consults with the world’s largest organizations on getting better at getting better. She recently published The New Social Learning: A Guide to Transforming Organizations Through Social Media and is currently working on her next book which will be about ingenuity. Follow her at twitter.com/marciamarcia to learn more.

You Can Do Anything
Tagged on: Children    creativity    leadership    possiibility