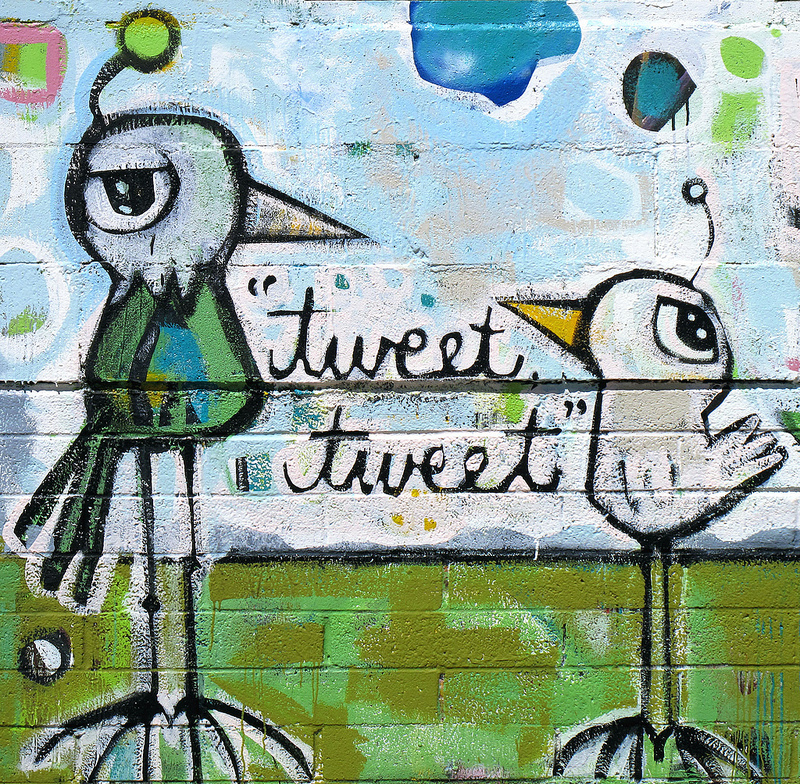 Social messaging offers much more than collaboration when individuals include their multidimensional perspectives in the Enterprise stream.

I began using Twitter out of spite. Fast Company had a mass website upgrade and some links weren’t working. Our editor was suddenly unreachable (after saying we should contact her if we needed any help). I had a deadline and I was stuck. Looking for additional contact information in Plaxo, I saw she was tweeting from a cab, commenting on the messenger’s bike beside her.

Whua? Did she not realize people could see her goofing off? Quickly enough, she answered my question and I was on my way. I wondered what could be so compelling about Twitter for someone with her busy schedule to use it. She’s brilliant, with many pursuits; could Twitter be that beneficial, for someone like her?

I became determined to find out.
I opened a Twitter account.
I posted several updates.
By the end of the first week…
I understood.

In the year since, I credit Lynne for turning me on to Twitter and I’ve discovered something more valuable than the hyped “collaborative sharing” benefits. I’ve witnessed coworkers outside of clearly defined roles. I’ve peeked into their thoughts, admired their perspectives and felt their passions. This fuels my trust and broadens my access to them. I now see a well-roundedness attained previously only by spending long hours together, usually outside of normal work hours — and who has time for that? Learning about Lynne’s zest for bicycles and exchange, I became more committed to her success.

Before Twitter (and her enterprise-strength counterparts) we didn’t share our layered thoughts casually so we appeared always on task. Via Twitter, you now see my mind periodically follows tangents, that sometimes circle back, and other times leads to wholly new roads. Engaging with a wide circle of people — celebrating our focuses and interests along the edge — deepens and widens everything we do.

Here are four reasons to connect work with the personal — the insights and the whys.

Establish Your Voice
People don’t necessarily tweet about their job. They tweet about their work; what they’re passionate about, their craft. When we admit we have other dimensions, be more transparent, and practice authenticity, we provide a context to our thoughts and our behaviors while also becoming comfortable with them in public.

Mix Up Silos
Innovation comes from seeing the old in fresh ways, sussing out subtleties and trends, and adding unique twists. Thinking laterally then offers endless directions to branch out. Sparks fly and fresh ideas emerge at the intersection of wildly divergent memes. Tell me one… more… time about your demo and it’s unlikely I’ll have an epiphany. Twitter about something you learned from a stranger while searching for the room — now you have my attention.

Build Trusted Relationships
I once read it takes new coworkers five months to trust one another enough for true collaboration. In my experience, that time is longer if you never spend time together in person, getting a feel for their priorities, experiencing firsthand their eccentricities, witnessing their humanity among to-dos. Something changes when you witness their adoration of bedtime stories, fine poetry, drooling mutts or Trader Joe’s. What you might have interpreted as an all-business style lightens as you realize you would welcome them on a camping trip or stuck beside you on a long late-night flight.

And possibly most critical at this moment in history…

Preserve the Soul
Moving forward — as a species, a society, an economy on the verge of doing itself in — means inviting in the portions of the self we once left in the car. It’s long past time we liberate the parts of ourselves that don’t belong to our employers so our full selves can do their best work. The poet David Whyte says, “In a sense, the very part of us that doesn’t have the least interest in the organization is our greatest offering to it. It is the part that opens the window of the imagination and allows fresh air into the meeting room. It is the part that can put its foot on the brake when the organization is running itself off a cliff.”

By the way, I don’t encourage endless drivel about traffic as you putter toward the client’s office, nor suggest you post minutia about your lunch to fill time. I advocate edu-tweeting and adding other things personally important to the enterprise stream so people at work benefit from a richer you.

The trouble with broaching this delicate topic, though, reminding leaders and learners everywhere that work is more than making cogs, is what Terry Pratchett calls Réjà Vu: The feeling that I will be here again. In the meantime, let’s at least begin to open a few more windows. If there is a bicycle beside you, all the better.