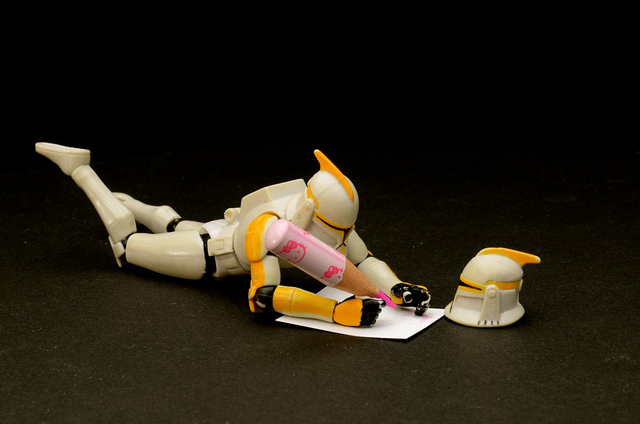 Entrepreneur Matt Ivester, in his book lol…OMG! What every student needs to know about online reputation management, digital citizenship and cyberbullying, does a terrific job coaching students through the gray areas of communicating online.

I highly recommend the book for every high school and college-age student. Consider buying a copy this summer for a student in your life who might benefit from stronger digital literacies in the fall.

Older readers are encouraged to read the book too. It’s just that people who have been out of the student ranks for a while might be a bit bleary eyed, like me, considering the foolish things we might have written after the first bad date had Facebook been around then. lol…OMG!

Instead of telling students what to do, or not to do, Ivester offers ten measures that may help them judge their actions and make decisions about their digital future on their own. This list applies beautifully to people of all ages. See if you agree.

You Be The Judge

2. The Golden Rule 2.0: Are you treating others the way that they would want to be treated? Is it possible that they might interpret what you are doing as cyberbullying? What assumptions are you making about their comfort level with the sharing of their personal information? How are you affecting their online reputation? How well do they handle teasing? How easily do they brush off a insults and let go of hurt feelings? The fact that people differ so widely can lead to reactions that you don’t anticipate.

3. The Laws and Policies Test: Does what you are doing violate a law? Perhaps harassment, invasion of privacy, defamation, or cyberbullying? Does it violate your compus’ honor code, or fundamental standard? You you be comfortable doing this in front of a police officer or school administrator? These rules are put in place to protect people. If you are violating them, there is a good chance that what you are doing is unethical.

4. The Everybody Test: What if everybody is doing the same thing that you are? Would that change your mind? It may seem as though you are doing just a little bit of harm, but it’s hard to know whether other people are also doing the same thing. Together, you might be doing a lot of harm, and the consequences might be much more drastic than you expected or intended. You probably don’t want to be a contributor to that.

6. The Real Name Test: This test applies only to behavior that you engage in anonymously. How would you change your behavior if you knew that your real name would be associated with it? Would you still do it? Would you say it differently, perhaps more thoughtfully?

7. The Emotion Test: Are you doing something to someone because you are angry, jealous, or otherwise emotionally charged? Is the recipient of your actions becoming or likely to become highly emotional as a result of those actions?

8. The Whole World Test: Would you be comfortable with the whole world knowing what you are doing? Your family, friends, professors and professional contacts? What would the story be on the cover of The New York Times? Are you okay with that?

9. The “Get It?” Test: Is what you are trying to say hard to convey online? Is it likely to be misinterpreted? Do you have certain context that others reading it don’t? If it were misinterpreted, might it be hurtful?

The final test is Your Test. This is the test that matters most. Consider how what you are doing reflects on you as a person. What does it say about you? Do you like what it says about you? Is the action in line with your personal values? Does it reinforce the notion of the person that you want to be?

From lol…OMG! What every student needs to know about online reputation management, digital citizenship and cyberbullying by Matt Ivester (Serra Knight, 2011)